Rome has over 3,000 years of history, art and culture to offer. Throughout the city’s history, Rome has always been a spot that attracted creative minds from all over the world to take inspiration from this magical city. Within these creative beings are the writers in whose work you can see their love for the capital.

If we focus on the period after the Italian Renaissance, which is known as the rebirth of all art, culture and literature, three important people came to Rome looking for inspiration and found a home. These three were John Keats, Lord Byron and Johann Wolfgang Goethe and they are three incredible reasons to study Literature in Rome.

John Keats was an English romance poet and is one of the main figures of romantic poetry from the second generation along with Percy Bysshe Shelley and Lord Byron. John Keats unfortunately died young with his work being published only during the last 4 years of his life. Keats took his last breaths in Rome, in the city he loved and is also buried here. His tombstone at the Protestant cemetery reads:

“This Grave / contains all that was Mortal /

of a / Young English Poet / Who / on his Death Bed, in the Bitterness of his Heart / at the Malicious Power of his Enemies / Desired / these Words to be / engraved on his Tomb Stone: / Here lies One / Whose Name was writ in Water. 24 February 1821”

In the English Quarter of Rome near the Spanish Steps, there is the Keats-Shelly house which holds works not only from the two of them but also many other English Poets like Lord Byron.

Lord Byron is another poet regarded as one of the greatest English poets who resided in Rome for a period of time. He traveled to Rome in 1817 and published Manfred Cain and The Deformed Transformed. He then went on to explore more of Italy during which time he wrote Don Juan.

Lord Bryon thoroughly enjoyed Rome in his own way, his writing would express it as he was able to look back at all of its history and relive all the great moments. Lord Byron came to Rome, to see what all his other fellow artists were talking about, since Rome had become the hub for the creatives of the time. He instead found his own way of seeing the city. Like many students who visit Rome today, they may come with a certain mindset and leave with ideas they never expected.

Johann Wolfgang von Goethe journeyed to Italy in 1786 from Germany. His journey through Rome led him to rediscover the ancient world. Goethe chose to spend a majority of his time in Italy living in Rome. Goethe experts say that his two years in Italy, were arguably the happiest years of his life. During his first visit to Italy, he spent three months in Rome. While in Rome, he painted in watercolours and sketched, rewrote his play Iphigenia and visited the monuments of the city. This experience led Goethe to write the Italian Journey which documents his first year in Italy. The Italian Journey inspired many Germans to come to Italy and embark on their own journey in a search for freedom and their identity.

To honor Goethe and his work, a museum, Case di Goethe, opened in downtown Rome in 1997. The museum is actually the very house and room Geothe stayed in during his visit in 1786 with his friend Johann Wilhelm Tischbein, another artist of the time.

Visiting the house gives students a chance to not only see his work and writing but give them an insight to his private life through original documents.

These three inspiring men are just a few of the amazing writers who came to Rome and are still being honored in the capital. English literature students who come to Rome will have the chance to retrace not only their footsteps, but also explore the lives of Henry James, Percy Bysshe Shelly, Miguel de Cervantes, Nathaniel Hawthrone, and many more.

Road Map To Your Faculty-Led Program

Planning your faculty-led study abroad program and don’t know where to start? As experienced tour providers, we’ve laid out your first three, simple steps that you need to begin thinking about for your program. Download our Road Map to Your Faculty-Led Program to get started today. 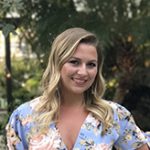 Tiber River, Rome, Studying abroad in Rome is an incredible experience for students and affords them the opportunity to explore the Eternal City and everything is has to offer. Rome is a well-connected city with trains, buses and planes taking you wherever you would like to go. The central location of Rome allows students to […]

This website or its third-party tools use cookies, which are necessary to its functioning and required to achieve the purposes illustrated in the cookie policy. If you want to know more or withdraw your consent to all or some of the cookies, please refer to the cookie policy. By closing this banner, scrolling this page, clicking a link or continuing to browse otherwise, you agree to the use of cookies.OkPrivacy policy